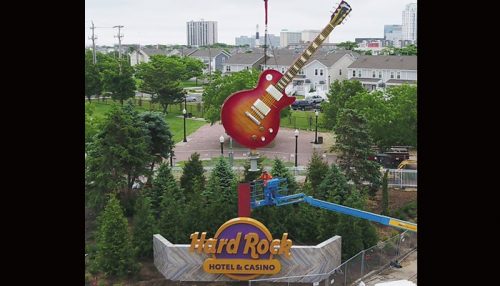 In Atlantic City, workers on Saturday spent several hours installing a 60-foot guitar at the entrance to Hard Rock Hotel & Casino in preparation for its opening on June 28. The Press of Atlantic City reports that the iconic guitar, which was modeled in the likeness of a Gibson Les Paul guitar, was transported to […]